Alignment in the Brand Helps You Battle Back in Difficult Times. 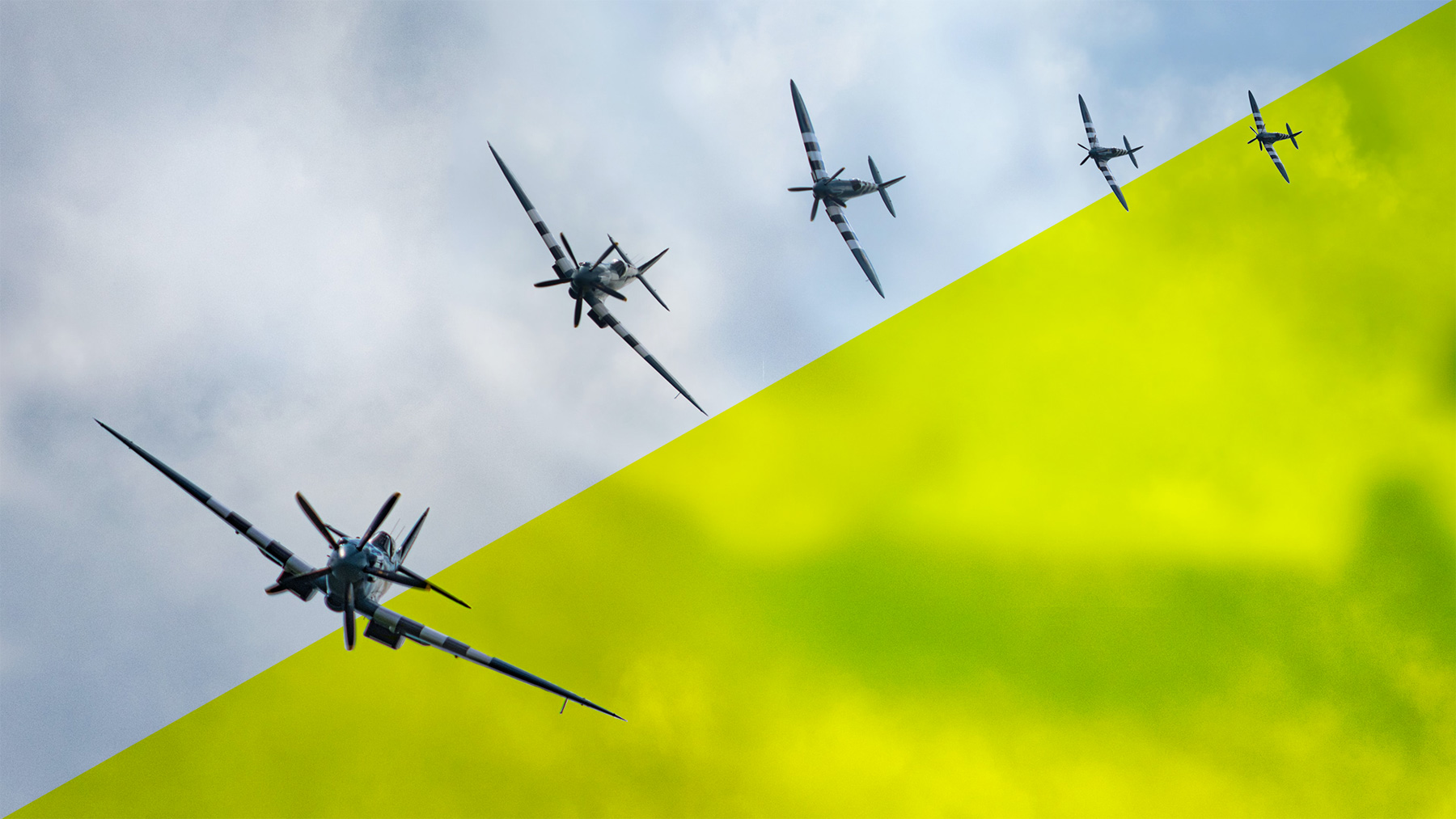 It was the 80th anniversary of the start of the Battle of Britain on July 10th. My Grandad was fighting in the skies at that time – just like these brave young men. I love the way they are running together towards the battle, not away from it, racing to fight, 100% convinced, all in. You can see their unity and belief, they all knew what they were fighting for… and what a legacy they left…

Churchill said of them afterwards, ‘Never was so much owed by so many to so few.’

The Battle was fought exclusively in the air with the most intense fighting taking place predominantly in the skies above southeast England. A massive number of sorties flown by the Luftwaffe attempted to destroy Britain’s air defences but the German airforce, despite the fact that they outnumbered the RAF, could not seem to land a killer blow.

Air Chief Marshal Sir Hugh Dowding, Commander-in-Chief of Fighter Command had built a superb defensive system which, combined with the heroic courage and valour of the RAF airmen, won a resounding victory over the Luftwaffe. A relatively small group of people secured a future for a great many others.

I know that the situation now is not quite as dire but we are facing an enemy. Whether it’s been Coronavirus itself or its side effects on our lives and businesses, we have had a fight on our hands which courage and unity have seen us through.

I want to tell you about some things that you can do with brand alignment to secure the future.

1. Having your own story helps you take flight

I don’t think we should be rewriting history, we should be writing history ourselves. I want to help other people write their stories and make a bit of history. What’s your story? Why did you go into business in the first place and what drives you now?

People who truly believe in what they are doing still might need help with marketing their brand as they can find it hard to be objective. Sometimes it’s difficult to see the wood for the trees. The audience is no longer perceiving what the brand was originally all about which is causing a lack of alignment and affecting audience behaviour. We need to get our story straight.

The Germans didn’t get their facts straight when it came to the strength of the British RAF and Naval Forces and it was within the context of an over-assessment of German capabilities and RAF weaknesses that the Luftwaffe drafted its faulty plans for the invasion of Britain.

2. Know who and what you are fighting for

At Cre8ion, our brand marketing agency, the first thing we help people to overcome is an identity crisis. A lot of businesses have an identity crisis. Their logo is alright but they don’t have an identity that’s clear enough for others to identify with. Identity comes from the core beliefs that motivated a founder to start a company in the first place. These may have become lost or they are not being communicated clearly enough so the company no longer appears aligned to them. Without this alignment, the business isn’t authentic and people don’t believe in brands without authenticity.

The airmen believed Churchill when he gave his June speech exhorting them to defend the future and Christian values of a free Europe, encouraging them in their ‘finest hour’. They went out and fought their hardest to maintain life as they knew it for the generations to come.

Authenticity is the electricity that gives brands power.

So, how do you ‘flick the switch’?

3. Set your instruments to where you want to go

Alignment is where everyone, audience and staff, shares the same core beliefs… like in the photo above. When you think about it in navigational terms, everyone needs to set the same course in order to reach the same destination. With one degree of error, you could end up a long distance away from the intended destination.

When we brand companies, we spend time with the CEO just as much as the key leaders in order to ascertain the CEO’s core beliefs and the reason why they started the business in the first place. When anything is not aligned with the beliefs behind the brand the teams struggle because there are too many narratives at play.

One of the reasons given for the defeat of the Luftwaffe was that ‘they never appeared to have decided on the aim they were pursuing’. They came with the vague aim of attaining air superiority to facilitate a land invasion but their plan lacked certain specifics and it failed.

It’s funny how brands mirror our human behaviour and they can create a movement in themselves.

We love to help brands to find themselves again and become a magnet for the people they are trying to attract. It all starts with knowing who YOU really are as a business, your passion and purpose connected together, it’s the beliefs you are fighting for.

The Battle of Britain highlighted the important role played in the battle by the members of allied nations. Pilots who had escaped from Poland, France and Norway joined British and Commonwealth pilots in defending Britain from invasion, as well as beginning the fightback against Germany.

We can help you to reach a place where everything you do creates a community and advocates fall in love with the brand you have created. It’s where all events work together and momentum is created, giving your business traction, so you transition from having to look for work to people seeking you out. You get to choose your clients, creating the company that you originally imagined. When you work with the very best people, you produce your very best work.

RAF Fighter Command’s victory at the Battle of Britain not only blocked the possibility of invasion but also created the conditions for Great Britain’s survival, for the extension of the war, and for the eventual defeat of Nazi Germany.

We would love to hear from you if you need help to come out fighting from lockdown.