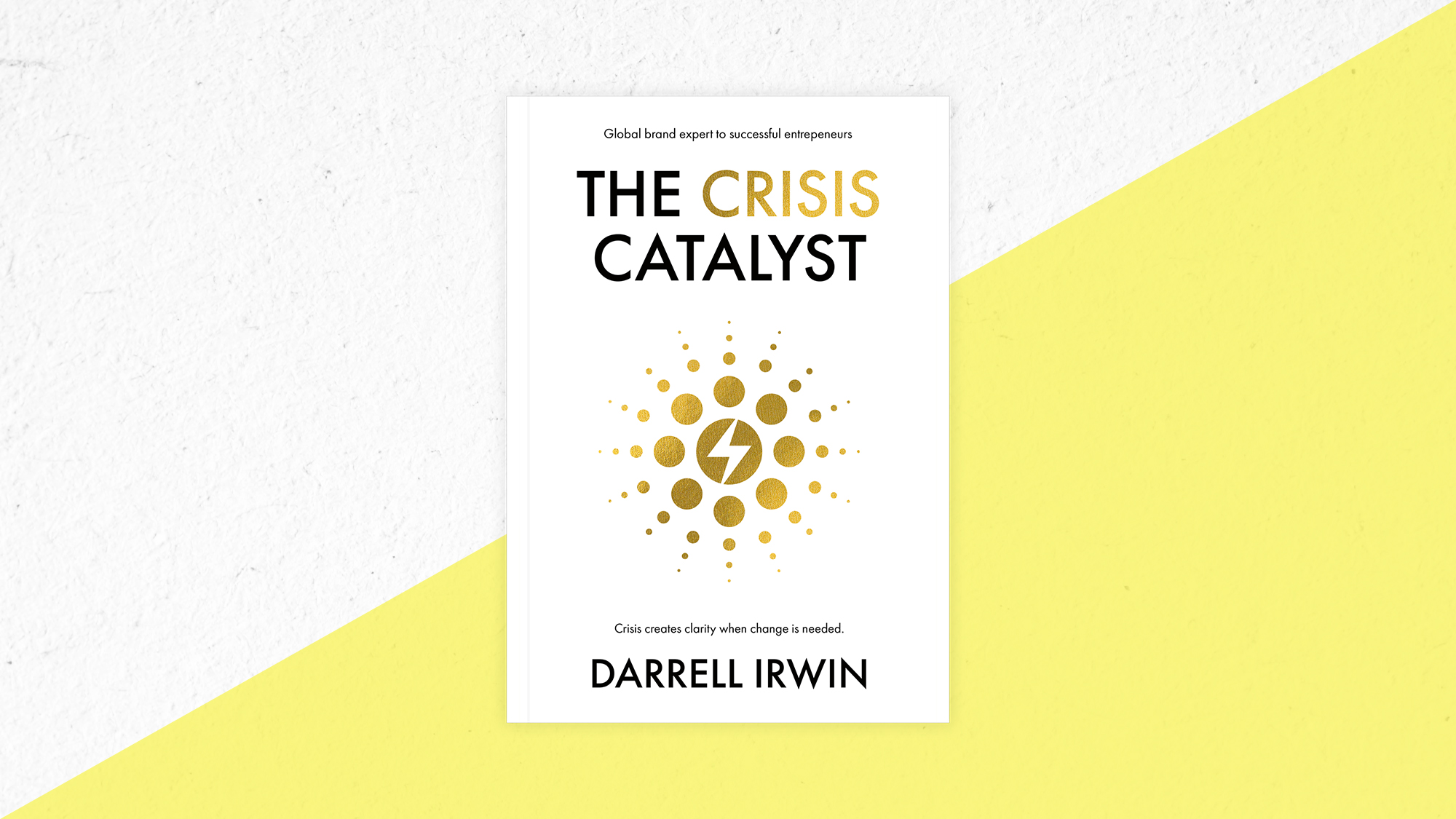 So here we are. This book was called for during a recent discussion about perspective in that social phenomenon, Clubhouse. It was in a Giving Thanks Meeting my friend Camilita Nuttall ran every Sunday at 4pm. Without really thinking about it I told them that crisis is the catalyst for change! Ooh….! Did I just say that? Camilita immediately set me a challenge to create this book! She then proceeded to work the room, asking everyone to give their suggestions for chapters. Using her methodology (you’ll need to contact her for it), I set out 10 chapters to give some help and insight into a changed perspective on crisis. It’s about embracing opportunity rather than fearing calamity.

Before we dive in let’s look at the three words we’ll need to understand in order to gain our qualification from the university of adversity!

You’re reading this book for two reasons. It’s either because you are experiencing a crisis now or you have been through a crisis and want to handle the fallout better. My job is to help you to accept that crisis is a normal part of life that you can either respond to or react to.

Most of us have been guilty of pursuing a comfortable life and at some point have gotten shocked and frustrated when life has become uncomfortable. We readily admit that anything worth doing comes at a cost, but what we might not realise is that the first outlay is being uncomfortable for a season.

You see, the most potent enemy of great is good. Settling for good enough. Staying still is actually moving backwards when everything and everyone else is moving. Innovation means that the marketplace continues to grow, shift, shape and change and with each new iteration comes a crisis. True traction is built by embracing the crisis and seeking the opportunity.

What I’ve learned is that crisis is often the gateway to more positive change regardless of its inconvenient timing (when is a good time to have a crisis?) Crisis accelerates our personal progress and crystallises what we really want rather than what’s needed to get by. Crisis is a great tool for focus if we embrace its challenge.

So, what happens in the crisis? You have to look for answers and find the way out. The more trustworthy people you open up to and the more minds you can ‘get on it’ the easier it is to put a plan in place. Being vulnerable gets people around the problem.

The purpose of this book is to not only to help you manage crisis but also to embrace its opportunity and ultimately create change. Crisis can be 1) a necessary transition to fulfil the mission and 2) a catalyst for reinvention.

Crisis is never too far away and the average entrepreneur or business owner experiences a crisis of sorts at least once every three months. Crisis isn’t something you avoid, it’s something you learn to handle. This clarifies expectations, but shouldn’t create fear if you know how to handle a crisis and have the right perspective. By the way, you shouldn’t want to create a life of drama, that’s not moving forward towards resolution. That’s a victim mentality. Bad stuff does happen but we want a victor’s mentality. When difficulty comes in life we need to embrace its opportunity, we don’t have to stay defeated.

The meaning of catalyst:

Something that causes activity between two or more persons or forces without itself being affected.
Some would say having a positive mindset in crisis is what helps you through it. Personally, I believe it goes deeper than just mindset. It’s what your heart is set on. You see if someone offends you, it hurts right? Not in the head though, it hits you in the heart. When someone is nasty or wrongs you, or you suffer injustice, it’s more than mindset. There’s a crisis… it hurts. When a relationship breaks down you have to get inside your heart to keep believing that you will find the right person. That’s setting your heart. Your mind might say this is crazy but your heart set says believe.

When I met my beautiful wife it came through a crisis. She was questioning life itself. She said, ‘There has to be more to life than this’, (even a cool dude like myself wasn’t enough). It was a crisis moment for me, but in the midst of it, I picked up my dormant faith and embraced a journey of discovery. Off we went to make some intentional, purpose-led decisions. My mind was saying, ‘Stay in your job! You are about to run with world class clients and win more awards to match.’ The only problem was that our clients (tobacco and alcohol giants) were more about ending peoples’ lives than celebrating them. In my heart I knew it was wrong. It wasn’t what my heart was set on. What a catalyst that was for change in my life! Nine months later I was married and doing what I really wanted, starting out on the long path to building our own brand marketing agency and helping the good people win!

If we want different results we have to change. We have to embrace the quest for better, there has to be a cycle of innovation. And here’s a newsflash, change is possible! Sometimes it’s not until crisis happens that the changes we knew we should have already made are actually forced upon us. We’ll eat junk until the doctor finds our cholesterol is too high. Then, finally, we make the necessary changes.

Not everyone likes change because it’s uncomfortable. We might as well get used to it though. Because, at some point crisis is going to invade, and no matter how comfortable we make our lives, a transition will always be required.

Personally, I’ve accepted change as part of life’s process. It was hard at first but eventually I learned to adapt. I remember losing my hair. Ultimate moment of crisis! I thought that I was going to look horrid with no hair but it wasn’t too bad once I’d gotten over the initial shock. Now, when people see old photos of me with hair they think I look odd with it! My mum still says if I keep cutting it, it will grow back but I know she’s just saying that to encourage me. I know it won’t. The funny thing was, I always thought I could have been the cause of my own hair loss….
It was like this…

In my early 20’s, I was angry with God for a whole sackful of reasons. One summer, I found myself in Rome as a tourist doing the Vatican tour. It was hot, and I was inside St Peter’s Basilica, climbing to the top. As a silent protest against God I used the holy water to do my hair! Then, in the years that followed, all my hair fell out. It felt almost as if it wasn’t me having the last laugh!! Having read a bit around the subject of hair loss I now know different. The point I’m trying to make is that when I embraced baldness as a fact of my life it had some undeniable advantages. Great savings at the barbers, greatly reduced personal grooming time in the mornings (more time in bed) and no more trying to hide the fact that I was going bald – what a relief!

Fast forward a few years from the angry young man at the Vatican and I was sat in the car with my girlfriend searching for meaning in life. A few years further on from that and we had three children and a business. We have learned to embrace crisis to transition out of one thing and into the next.

What you set your heart on (your ‘heartset’) will always trump your mindset. Some will pass it off as emotion but when you know, you know… It’s taking a chance on somebody when it doesn’t make financial sense! That’s not emotional, that’s being connected to purpose. Purposeful choices are the ignition point in the midst of crisis, to switch it from hopeless to hopeful.

Order your digital or physical copy of The Crisis Catalyst today to continue reading!